These last days we celebrated “Día de Muertos”, a Mexican tradition during which an offering is usually made to the ones who passed away. A little before this celebration I had my first considerable loss due to the pandemic that we are experiencing worldwide. A great friend and great human being full of life, I never met someone with more love and passion for life. He had been fighting this virus for almost a month, a month during which all of us who love him were aware of his status, trying to give back to him the best vibes that he had brought throughout his life.

I met Toño because he was the boyfriend of a friend who at that time was a student in the pole studio where I was teaching. They were an unparalleled pair, transforming and resignifying love. They lived loving each other until the end, accompanying each other in good times, but especially in bad times, respecting and increasing the freedom of each other. When he passed away, his partner, the woman who had accompanied him for years, through literally sickness and in health, a woman I’m proud to know, a warrior who never gives up, wrote to me to bring the news with a “My life has gone away.” My heart immediately shook, I began to cry hopelessly. Losing someone you love causes so much pain! And it’s funny how in the blink of an eye, all the memories and experiences you had with that person come back, suddenly those moments and conversations take on a sense of eternity and believe me, I am left with thousands of famous phrases.

Of course! Because Toñito was a man of medium height, beautiful light eyes that let you see the depth of his being and a huge contagious smile. He sang divinely, and through the celestial aspect of his voice were always chords of perfectly chosen words with which he gave deeper meaning than to a simple talk. I do not remember a moment or a conversation from which I have not been left with some expansive thought, more wisdom, more love and understanding. I found it funny that he always told me how much he admired me, and told me that we were the same, with our way of seeing and especially enjoying life. This admiration that he had I think was for a reason. When we met, it was in my time that I was with my husband and a first boyfriend. Then he met my other boyfriends after I became a widow. He also always said that my husband was a great teacher, that he missed him, but he insisted that I had to continue with my mission and the best way to do it was to celebrate life.

He was always saying that we were the same, that I was him but as a beautiful woman. I think this comparison was between our dreams and creative ways of addressing the world. Without a doubt, none of them went where the rest of the world is going, but we have been daring to test and transform our ways with love. He raided and conquered as many goals as hearts. That is why his heart and person had to remain free to be able to share with the world with greater expansion. His job was to fly, fly high and far and then jump into the void, screaming, with a smile. It was a whole supply of life with a rush of adrenaline, breaths of air and freedom. I always wanted to jump with him, moreover I told him that if he jumped I would do it naked. I think I may already have something to regret by not giving myself the time to do it. Personally passionate about everything, culture, art, physics, metaphysics, the universe, the stars, men and women, salvia divinorum with the motto of “Salviemos al Mundo” (“Save the World” with a wordplay on salvia, the plant), and hedonistic from birth. He loved, which allowed him to serve and help so many. He was also a loving father, a lover and faithful defender of women, a lover and faithful defender of sex, and honestly of everything and any pleasure that other mortals feel guilty about. He had reached the way to enjoy everything he wanted, as an amazing king or better said teacher, teaching his students to be free to be happy.

So today, I found myself thinking as if I were his disciple, taking up his last lesson. For those of us who stayed here, his loss was a great one. And loss can bring you pain and joy at the same time. Joy for having coincided with that life that is no longer with us, but its legacy is that of living.

For me the lesson is not to survive, not to be a zombie or a grieving soul. It is clear that we need more humans among us who motivate you to jump a thousand times in life, which in his case was literal. We need lights that illuminate the others who are in the dark, and sometimes even lost. We all get into situations where we want to throw in the towel, or times when we feel we are surrounded by a huge mass of darkness full of uncertainty, laziness, apathy, lack of hope or fear, and perhaps it’s even easier to feel like that during these days with the virus around us. But there is also the enormous mass of light, surely I could not be writing about this, if not for what paradoxically happened.

What resonates with me the most in all of this was my last chat with Toño. On July 9, he wrote to give me the news about someone we knew had passed away, in just three weeks after having been diagnosed with cancer. It led us to reflect on the value of life and I want to quote what he told me “It reinforces the idea that you have to live because we don’t know when it’s our turn.” I will treasure his last words as much as everything that he expressed to me from his heart. I also asked him about the new widow, to which he replied that she was doing okay. Then I told him that I would check on her, so that he approvingly gave me her number. And these were the last words we exchanged.

Today this conversation takes a greater force since when my friend wrote to me, “My life has gone away,”. She literally brought me back to that first moment when I wrote exactly the same thing when I became a widow too. And a lot of what you see and will see in this blog will talk about it. Because it is one of the events that marked a before and an after in my life. Certainly one is never the same again. Although if you find the strength to go back to living and loving, then it might even be more intensely than before.

But something clicked, because from when I had my experience being a widow I had many people around me trying to comfort me, but the only widows I knew were not even close to my age. The fact was that surrounding myself with them gave me perspective or some hopeful type, but at the same time I still felt the distance in their way of seeing and appreciating love and relationships. The others who also surrounded me were people who were single, who were also mourning when trying to overcome their last relationship, so it helped me to live this melancholic stage, where you inquire and delve into pain and hurt. In that last case, even if I was more accompanied by people my age, they did not share the same problem, because the vast majority came out of codependent or conflictive relationships, or were cheated on, or the situation had left a terrible mark, exposing their distrust in love.

What I want to say is that it is not an easy path, on the contrary, there are many circumstances like my examples mentioned above that do not help the process, since you do not fit in. Or at least this is what I felt for a long time. I kept feeling that no one could be my mirror and really understand everything that I was going through. This is why today I feel a deep call to help my friend, because I can be able to understand her pain and perhaps be the mirror that I wish I would have had. All of this inspires me to create a “LifeStyle Widows Club”.

My past relationship, like that of the first widow, and today Barbie, comes from the “liberal” environment. So our concept of relationship, of love, the union we had with our respective partners, were very honest and deep. And fitting in or starting to repair without your partner with whom you have shared a unique and special world. I insist, makes it very lonely. Obviously the grieving process is one that will inevitably make no distinction anyway. For example, I despise the phrase “time heals everything” since time is so relative and passes so slowly when you talk about pain. No matter where you move, go, flee, run, hide, try to take refuge, pain becomes your most toxic guardian and custodian. Until you’re ready to sit down and have a chat, until you iron out any rough edges with it. But in the end, all of this takes time, literally… there are very personal battles to heal and the help you receive helps, of course it helps, but no one can rescue you more than yourself.

It is there that “The LifeStyle Widows Club” promises to be that space of support as a network, a sacred place to share, celebrate, cry, talk, laugh, remember a thousand times and a thousand more if necessary. Because this will be necessary to heal, to lose the fear of feeling the pain. Because although time passes and you may already be on your way to other things, special days will come, or only that day when you feel as if you were starting from scratch. And those days will come when it will no longer be comfortable to turn to the same people to continue crying over the same issue. We need each other many times to inspire and move us. Many other times to feel alive again. And there are always things that put us on the same level and bring empathy.

This is in honor and dedication to my beloved and great friend Antonio Montaño Osnaya “Toñito”, for motivating me to help others with his example of love, and for you “Barbie” because from wherever they are they will continue to love us, take care of us and above all inspire us. 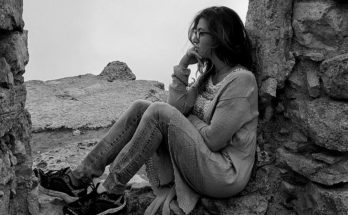 View all posts by Frida Sante →